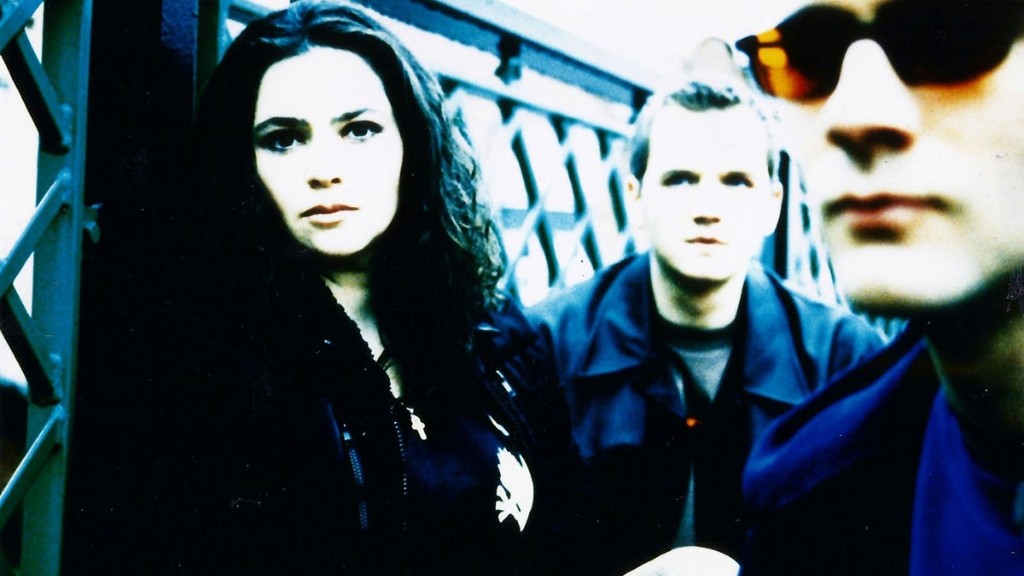 Plutonik was formed in the summer of ’97 when Alan Rowe and James D approached Chrissy Van Dyke to complete their current project – Chrissy insists they met in a past life !  After a few months of experimenting with sound, song and musical ideas, Plutonik was born.  Alan and James had been locked away in their basement studio perfecting the Drum and Bass side of things, honing their production and creating original noises.  They were missing only one thing : a singer / songwriter to add something other Drum and Bass didn’t have.  They found that something in the tortured soul of Chrissy, who as the main writer has exposed more than one nerve to complete this project.  This unique alliance now forged, they found themselves signed to Integrity Records.  By the following summer they were at The Magic Garden, with their world renowned co-producer Gavin Monaghan (Fugees, Goldblade, Broadcast, Jesus & Mary Chain etc.) putting the final touches to their debut album Prime Numbers.   Read on for a little more insight into these three diverse musicians…

Chrissy Van Dyke (vocals, guitars, keyboards & percussion)
Born in the East End of London, Chrissy is a self taught musician endlessly in the pursuit of knowledge.  Her influences are far and wide, ranging from jazz, blues and soul to opera.  Having been expelled from school at 15 after a “heated exchange” with the headmaster, she knew that music would be her future, and pursued a career as a writer and performer over the following years.  She has played live extensively in Europe, including the London Astoria, where The Stage reviewed her performance as “Stunning… a belter of a voice”.   Her lyrics are deeply personal, allowing us to share the joy and the pain of some of her wildest hours.  Her voice brings an intimate and passionate experience to the listener.

Alan Rowe (bass, guitar, keyboards & programming)
The co-producer and driving force of the unique Plutonik sound, Alan spent countless hours fine tuning each drum, synth noise and loop, to make Prime Numbers happen.  His influences have been mainly underground, currently submerged in 30′s jazz, finding more inspiration there than in the mainstream.  He released the acclaimed dancefloor 12″ Jungoltrane / Filter to explore the darker side of drum and bass production.  Always ready to break musical boundaries,  he remixes under the Octaman pseudonym.

James D (piano, keyboards & guitar)
James has a long standing addiction to music.  An active  jazz pianist and performer in jazzfunk outfits early on, he later got into  the burgeoning UK dance  scene, and was interested in house, garage and techno, before getting hooked on drum & bass in 1994.  He doesn’t regret abandoning classical music soon after getting his grade 8 piano at the age of 12, and is constantly looking out for new musical ideas from jazz and the best current dancefloor releases.

Plutonik have now expanded to a live 5 piece, with the addition of these two exciting and versatile players :

CHARLES (CHAS) WEST (Basses):
Chas became a neighbour of James D in April 1998 and it was soon apparent that they shared musical influences. A former member of the Birmingham Jazz Ensemble, Chas was soon playing bass guitar in James’s jazz trio. Having played bass guitar for 10 years he was a natural to join Plutonik for live performances recreating Alan’s intricate bass lines to perfection. Chas’s influences range from jazz to rock to Motown and names Flea, bass player for the Red Hot Chilli Peppers as one of his idols.

NICK HALSTEAD (Drums & Percussion):
At just 18, Nick is the youngest member of the band. Another product of the Birmingham Jazz Ensemble, Nick auditioned for Plutonik on Chas’s recommendation. Nick began his musical life playing violin at the age of 4 reaching grade 5 before switching to drums at age 9 when at the Bluecoat Prep School. He gains drum influence from Andy Gangadeen and counts as one of his mentors, Ian Palmer son of the legendary Carl Palmer (ELP/Asia). His live performances with Plutonik are amazing, drawing acclaim from Melody Maker who described him as “a 17 year old with the virtuosity of a veteran”.